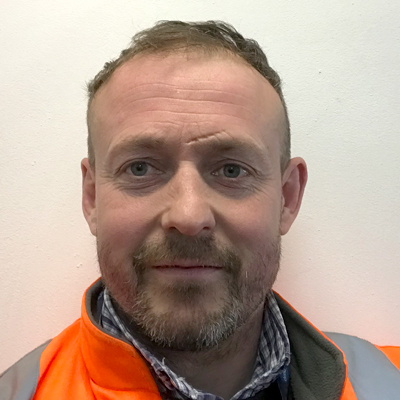 Marc has been Oxford Depot Manager since 2019, heading a small team of seven to service 424 customers across more than 23 routes with 27 self-employed contractors who take care of the final-mile journeys to retailers.

Tell us about your job

I have been with the business for 22 years and really like the way no two days are ever the same. In this sort of work, everything can change in seconds if a van or a publishing vehicle breaks down. Although we have self-employed contractors taking care of the deliveries, the organisation falls on me and my Depot Night Manager, Deputy Night Manager and three Team Leaders.
In a usual week, I work from Tuesday to Saturday, leaving my home in Gloucester, which is about a one-hour commute, and arriving at the depot just after 3am. I finish at about 11am, when I lock the place up and it remains closed until 8pm that night.
I do get to travel around to support other depots, too, so it’s great to meet lots of different people. We’ve just had a new packing system installed, so I have been able to support other depots as they get used to it. Oxford always gets chosen as a pilot house, as we’re an accommodating team and we provide good feedback.

It’s fast-paced and hectic, and there’s no other business out there like ours. Working here is not for everyone. There is lots of jargon, but you just need to stick with it. The longer you are here, the more it makes sense.
There is good interaction and culture between teams, and plenty of support on hand. We also get some great benefits such as the Cycle to Work scheme, Taste cards and the health scheme.

Tell us about your career path

I began working for the company in 2001 when I was 21 as a Twilight Warehouse Operative in Gloucester. Five years later, I took on my first management role as Twilight Manager, before becoming Pack Manager. Over time, I moved around different sites, including Gloucester, Bristol and Oxford taking on a range of managerial roles in the distribution side of the business. I I have also helped support in Newport, Milton Keynes, Swindon, Reading Peterborough and Plymouth.

What do you do in your downtime?

I’m married with three children and our lives revolve around sport. My eldest lad plays rugby, while the middle one plays football and has a scholarship with Gloucester City football club. My daughter is into street dance, so our weekends are spent either watching a performance or freezing at the side of a pitch.

Learn more about the careers of some Smiths News’ colleagues.

© Smiths News. The S-device either alone and/or with the words “Smiths News”, are registered trademarks of Smiths News PLC.